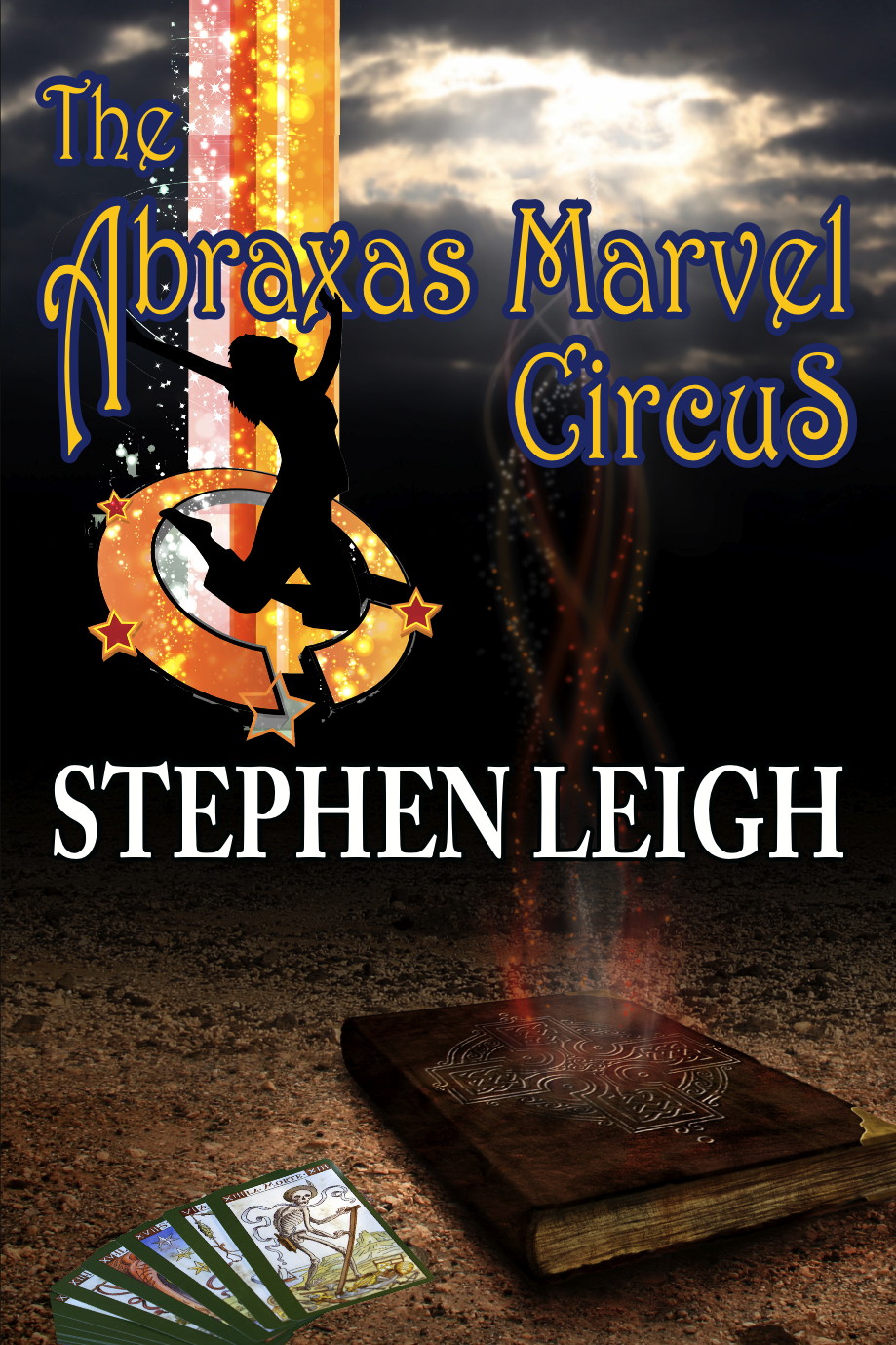 Welcome back to 1990—well, actually, the very late 80s, since that’s when the book was written. It was a time of Big Hair Bands, as well as the start of the personal computer revolution and the all-in-one Macintosh computer from Apple.

It was also the time when I was making the transition from being a full-time musician to a writer. I’d purchased my first computer back in 1984; by the time I was writing this novel, I’d graduated to the Macintosh SE/30, for which I even now have a great fondness, as that computer and I wrote many stories and novels together before it was finally consigned to the Great Dead Computer Landfill In The Sky.

I was aching to do a novel that would be a romp, an absurd and zany trip through a fantastic world: contemporary fantasy and magic realism all at once, with echoes of Tom Robbins’ humor (a writer whose zany and imaginative work I’ve always admired), and stealing some autobiographical-but-hyperbolic bits from my brief life as a rock star. That would be ABRAXAS.

Our young daughter, who was around five or six at the time, had quite a vivid imagination, and she loved to tell us stories about a “Marvel Circus” that she had populated with all sorts of strange creatures, and which was run by a man called “Caleb Mundo.” So I borrowed a few names from her circus, and attached “MARVEL CIRCUS” to the title.

For the novel, too, I wanted to use the Mac’s graphic capabilities. One of the attributes that had attracted me to the Macintosh was its ability to also do graphics. Why, you could draw and sketch with a Macintosh—though only in B&W in those days, and only with pixel-based graphics. But still, as someone whose undergraduate college degree had been in Fine Art, this was a revolution. I’d picked up a copy of a groundbreaking book called Zen & The Art of the Macintosh by Michael Green, which is still, frankly, a tour de force of desktop publishing and graphic design, an examination of the creative process and how computers affect it. Since a tarot deck figured prominently in the plot, I thought what I’d do would be to make a ‘tarot card’ for each chapter, and have those used as the end-of-chapter graphics. In addition, I put together a design for each of the three sections of the novel, using the graphics for each of the chapters in that part.

John Silbersack, who bought the novel, really liked the idea of including the bit-mapped graphics, and so when I handed in the manuscript, I also gave him a floppy disk containing the files.

However, not long after he accepted the manuscript for ABRAXAS, John left NAL/Roc, leaving the book an orphan that was taken over by John’s replacement, who didn’t have much enthusiasm for the book and also had no interest in the extra trouble that putting my graphics into the novel would entail. As a result, ABRAXAS was published without them, and with a truly mediocre cover.

I still loved the book, but that edition was a vast disappointment.

Which takes us to now, when with the advent of ebooks, it’s possible to put out your backlist… and possible to put back into the book any ‘extra’ material that was left out. So this edition of ABRAXAS will hold the original bit-map graphic tarot cards at the end of the chapters—all rather dated-looking these days, but hey… they are what they are.

I hope you enjoy!.

THE ABRAXAS MARVEL CIRCUS was dedicated the members of Bluestone Ivory, Stage Door Johnny, Gallery, and the Lodge Basement Band, as well as to John (aka Johnny Rosebud, aka John the Flower Man), and, of course, to Denise Parsley Leigh

"...a real romp, with religion as discord, a comedy with totally insane Tarot characters, from several alternate worlds, in a contemporary world." - Eric Lindsay, Gegenshein