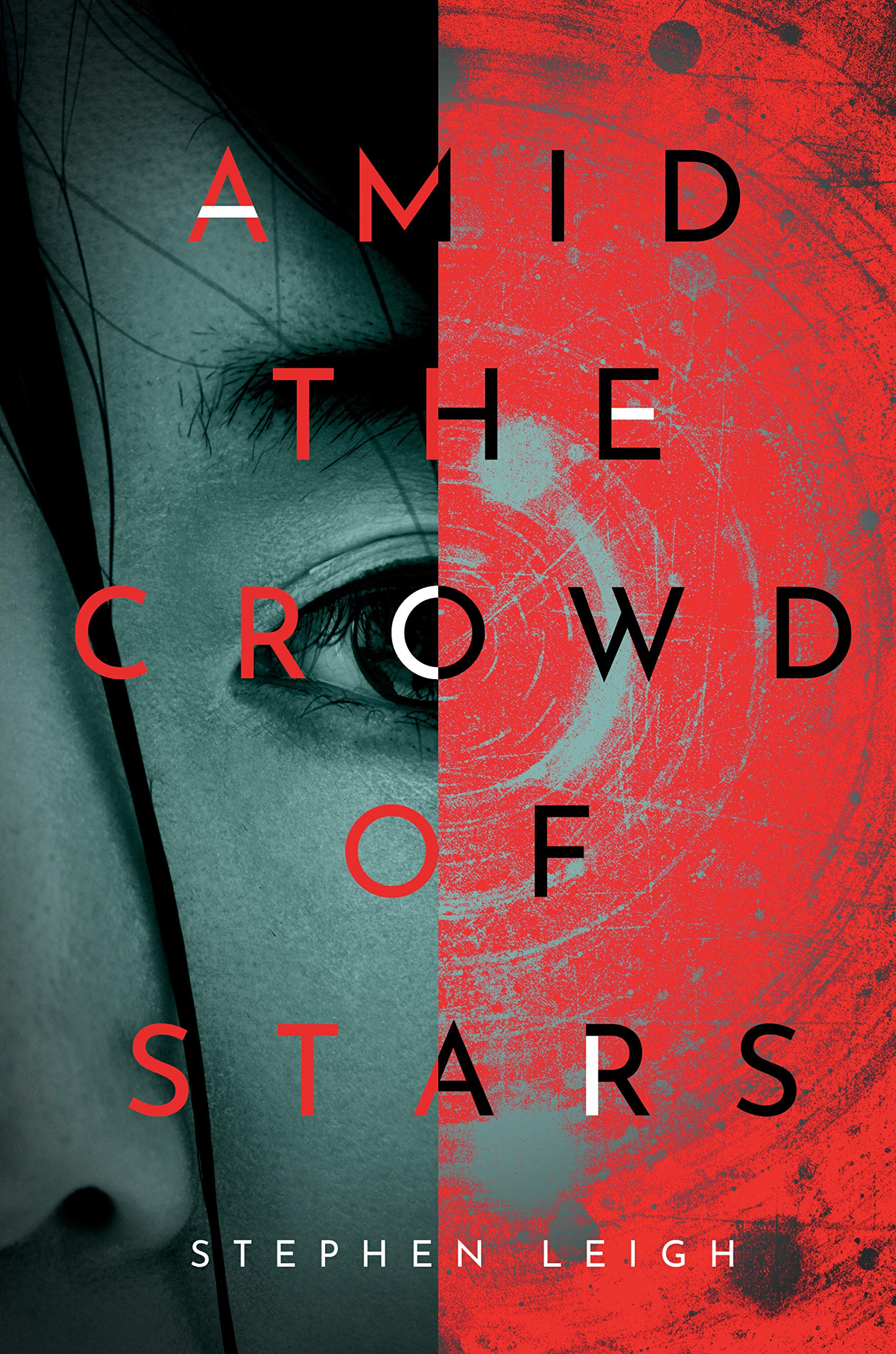 AMID THE CROWD OF STARS (February 2020) explores the potential impact of alien infection on humankind as they traverse the stars and find themselves stranded on new and strange planets. Here's the cover copy:

Amid the Crowd of Stars is a grand scale science fiction novel examining the ethical implications of interstellar travel, a topic rarely addressed in science fiction novels. What responsibilities do we have to isolate ourselves from the bacteria, viruses, and other life of another world, and to prevent any of that alien biome from being brought back to Earth?

What happens when a group of humans are stranded for centuries on another world with no choice but to expose themselves to that world? After such long exposure, are they still Homo sapiens or have they become another species entirely?

These questions are at the heart of this intriguing novel, explored through the complicated lives and the viewpoints of the people who have come to rescue the stranded colony, the members of that colony, and the sentient alien life that dwells on the planet. Difficult life and death choices will be made by all involved.

The striking cover was created by Faceout Studio.

Publishers Weekly: "Leigh (A Rising Moon) puts an inventive spin on a familiar trope in this provocative tale of first contact set in the far future. Long before the novel’s start, a devastating meteor strike cut Earth off from other colonized worlds, forcing the now isolated colonists to biologically adapt to their adopted outposts. Now Earth starship Odysseus visits one such outpost, the planet Canis Lupus, for the first time. The crew finds a populace eager to visit the ancestral home world they never knew—but potentially harboring diseases lethal to earthlings. As Terran exobiologist Ichiko Aguilar explores the planet, she discovers a culture divided into Mainlander clans and the Inish: archipelago settlers whose bond with the arracht, a sentient aquatic species indigenous to Canis Lupus, represents first contact between humanity and extraterrestrial life. Leigh depicts the Lupusians as wonderfully earthy descendants of the British Isles, and his treatment of Ichiko’s friendship with the empathetic Inisher Saoirse ineluctably draws the reader into the story. Exploring big ideas about interplanetary travel, this finely crafted sci-fi saga is full of both surprises and charm."

Ernest Lilly at Amazing Stories: "It’s a great read and an excellent addition to colony and first contact fare."

Gary Roen at the Midwest Book Review: "Alien contact novels usually depict the beings as hostile. AMID THE CROWD OF STARS examines the possibility that humanity in its quest to the stars actually is the threat to itself and other races. Are we invaders like viruses wreaking all kinds of havoc on others, is one of the scenarios laid out by author Stephen Leigh. Many readers will think the work has something to do with Covid19 but, as Leigh comments he began this novel in 2018 and that it really has nothing to do with the present menace to humanity. AMID THE CROWD OF STARS is a very different tale of science fiction by a great voice in the genre."