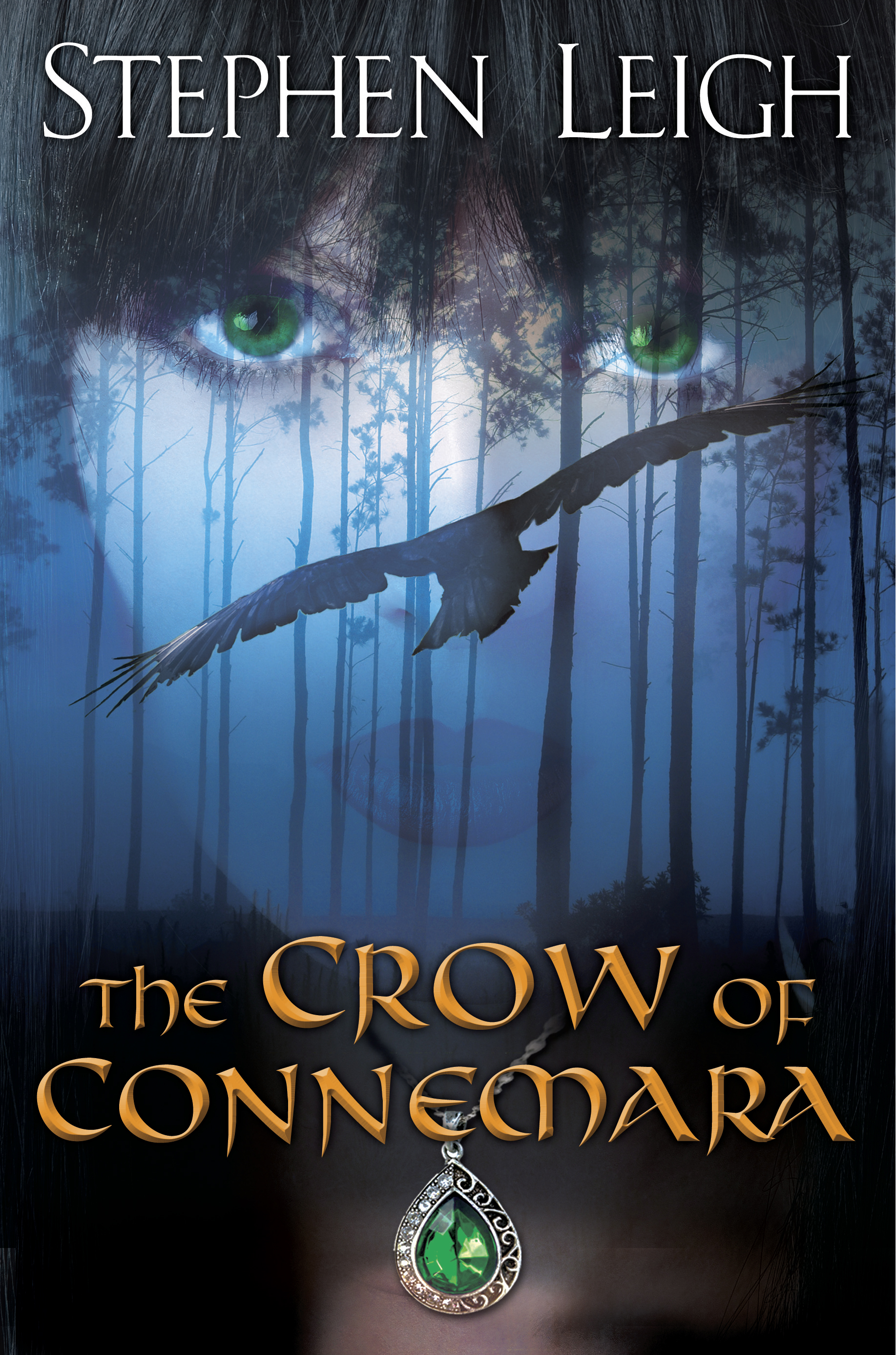 THE CROW OF CONNEMARA is a contemporary Celtic fantasy set primarily in Ireland. Picking up threads from ancient Irish mythology and folktales, this story is fantasy, drama, and tragic romance all at once, a tale caught in the dark places where the world of ancient myth intersects our own, where old ways and old beliefs struggle not to be overwhelmed by the modern world.

Colin Doyle is third generation Irish-American musician, whose interest is traditional Irish music. Maeve Gallagher is an Oileánach, an 'Islander' on Ireland's west coast, outcasts treated with suspicion and disdain by the locals, who think them responsible for wild and strange happenings in the area. Colin's and Maeve's lives will soon intersect and intertwine. Colin will discover that Maeve has been involved with his family for far longer than seems possible, and Maeve will have to make a life-or-death choice in order to achieve what she wants for her people.

REVIEWS! Here's what we have so far...

FOUR STARS: "Leigh's latest is an intriguing mix of old Celtic Fae mythology and a contemporary drama of finding yourself. Though this started off slowly and with only minor exposition, Leigh is a master at building an entire world, not just the bare bones required by the plot. Maeve is a particularly interesting and nuanced character, and the setting of Ireland, particularly on Oileanach with Maeve's 'family,' will captivate readers." -- Romantic Times Review

"The Crow of Connemara is an aptly written, thoughtful story that weaves its magic using strands from Irish mythology and folktales and juxtaposing them nicely with life in the modern world. I consider Leigh’s book as one part fantasy, one part drama, and two parts tragic romance... Leigh created a world of intrigue with wonderfully complex characters, especially Maeve Gallagher... I think you will like the way Leigh found his title. The ending is a good one, the disposition of Celtic lore is educational, and the storyline well-crafted. Leigh deserves a thumb’s up for his good work." -- Donald Then, The Northern Kentucky Tribune

"Stephen Leigh did a wonderful job doing the world building of this story, though it was a bit slow early on as we learned more about the Oileanach and the island. It was an exciting and interesting ending, leaving me wondering if there would be another book, or we are to use our imagination." -- The Reading Cafe

“There is something so otherworldly about Ireland and its rich history, and [Leigh] does a beautiful job of tying it in with a contemporary storyline.” —Coffee Time and Romance

“Full of imagination and lovely imagery. If you like a tale that is a modern drama, yet full of old magic and fantasy with a tragic love story then this the book for you.” —The Nameless Zine